You are now leaving the HomeTrust Bank web site.

By selecting this link, you will be leaving www.htb.com and connecting to a site that is not owned or controlled by the HomeTrust Bank. Therefore, the site may offer a different privacy policy and level of security than the HomeTrust Bank web site. While we believe this source is reliable, the HomeTrust Bank does not endorse or guarantee the content, products or services offered by the site, and the site is responsible for its web site content and system availability. 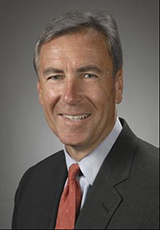 ASHEVILLE, NC, August 29, 2019 – HomeTrust Bancshares, Inc. (the “Company”) (NASDAQ: HTBI), the holding company for HomeTrust Bank (the “Bank”), announced today that the Company’s Board of Directors (the “Board”) has appointed John Switzer as Director, effective September 3, 2019. Mr. Switzer is also appointed to the Board of Directors of the Bank, effective September 3, 2019. Mr. Switzer previously served as an Advisory Director of the Company and the Bank since January 1, 2019.

Mr. Switzer retired as the Managing Partner of the Charlotte office of KPMG LLP, and the Market Leader for KPMG’s Coastal Business Unit, encompassing offices in the Carolinas, Florida, and Puerto Rico. Over his 38-year career at the firm, he held various leadership roles which also included serving as the Managing Partner of the Cleveland, Louisville, and Lexington, Kentucky offices, as well as other leadership roles within the firm. Throughout his career, Mr. Switzer served as the lead audit partner for numerous publicly traded global & domestic companies in multiple industries. Mr. Switzer is a director of Barings BDC, a publicly traded business development company, where he also serves as the audit committee chairman. He also is a director of CTE (Carolina Tractor and Equipment Company) and a current board member for the Foundation for the Mint Museum and the National Association of Corporate Directors Carolinas Chapter. In addition, he has served on numerous other not-for-profit boards in several cities throughout his career.

“John’s proven background as a business leader, a CPA, and a lead audit partner for public companies, as well as his extensive board experience will be of great benefit to our board of directors,” said Dana Stonestreet, Chairman, President & CEO. “We are pleased to welcome him to our Board and look forward to the many contributions his expertise will bring to our Company.”

In-branch appointments are available for: